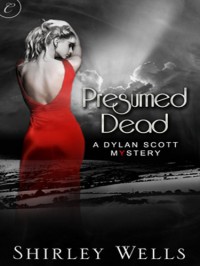 Dylan Scott has problems. Dismissed in disgrace from the police force for assaulting a suspect, he has no job, his wife has thrown him out and—worse luck—his mother has moved in. So when Holly Champion begs him to investigate the disappearance of her mother thirteen years ago, he can't say no, even though it means taking up residence in the dreary Lancashire town of Dawson's Clough for the duration.

Although the local police still believe Anita Champion took off for a better life, Dylan's inquiries turn up plenty of potential suspects: the drug-dealing, muscle-bound bouncer at the club where Anita was last seen; the missing woman's four girlfriends, out for revenge; the local landowner with rumored mob connections—the list goes on. But no one is telling Dylan all they know—and he soon finds that one sleepy Northern town can keep a lot of secrets.

I enjoyed this mystery a lot. We meet Dylan when he is not at the highest point in his life and career - blurb summarizes it nicely overall. I just want to say that he only spent in prison five months and because he was trying to apprehend a violent suspect. I just do not want any readers to think that this was an obvious case of the police brutality. I mean it was in a sense that he did not restrain himself enough, but he was in a fight trying to apprehend the suspect, he was not beating up somebody weaker than him.

And now his wife decided that she cannot live with him, and Holly Champion asking Dylan to investigate her mum's thirteen year old disappearance comes in handy for many reasons.

I really liked Dylan despite his seemingly annoying attitudes about women in the beginning of the book - I do not want to justify it, but I forgave him eventually, when people are pissed off at each other they often say what they do not mean. And I loved Dylan's fierce fighting on behalf of his client and how slowly but surely victim became a sympathetic character in her own right. The mystery was complex, I was shocked initially when it seemed that what happened to Anita (Holly's mother) was revealed around thirty percent of the book. Then I realized that nothing was revealed yet and the investigation just started.

Flawed but likeable characters, interesting plot, I definitely recommend this one and looking forward to the next book in the series.